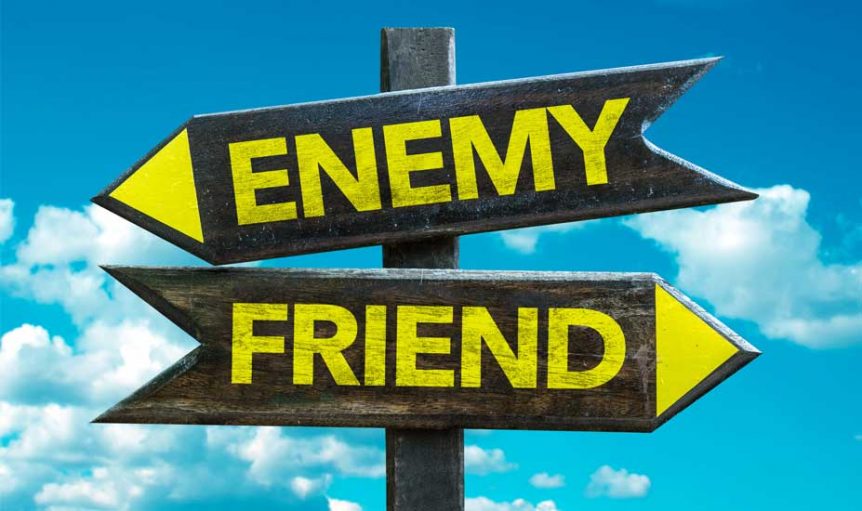 Being a teen is hard. Fitting in and finding your way is all part of growing up. Some people find it easier to mix than others. But sometimes you find that people you think are your friend are actually not at all. We found this to be the case with my daughter's 'best friend'. Here's how we got through the situation.

Manipulating friendship. If you find that you have a child that is being manipulated, there are some things you need to put in place in order to break this toxic cycle.

1. Identify
2. Introduce new friends
3. Belief in themselves
4. Break away
5. Support when it's over.

Our daughter found herself in the situation where her best friend (or so she thought) was actually completely controlling her. It was difficult for us to convince her that this was a fact. Here's how we persevered to end this manipulation.

When your child becomes friendly with someone new, as a parent you are in two minds. On one hand you are glad that they are mixing and putting themselves forward but on the other hand you also need to be wary of the new friend or friends.

This is sometimes not always the easiest thing to keep on top of. Your teen will obviously be all for the new friendship, but as always we need to be the parent and if we think that this is not a suitable pairing then we need to step in, but it needs to be in a positive way.

We can't just say 'No, you're not allowed to see them or hang with them'

Teens need a viable reason. Try and explain the making good choices process. Everything they do should have a positive outcome.

Our daughter went all the way through high school with the same friend. It was only when she was nearing the end of high school that we realised how much manipulation was actually going on.

We found that it was either being hidden or it was being reversed and our daughter was being made to feel in the wrong.

The days just before graduation my daughters friend decided that she didn't want my daughter spending time with her boyfriend. She gave her an ultimatum (which totally backfired on her) and just like that the friendship was over. I was proud of my girl for standing her ground but I was sad to think that I hadn't recognised what was going on sooner.

It is very important that your teen has a wide group of friends. My daughter went to a new high school mid cycle and in hindsight she never really settled.

It was a very small school and the pool of friends was limited. Her new best friend turned out to be the worst choice ever. I did think at the time, who had this kid been friendly with before?

But in the moment you just want your child to fit in and have a friend. And with the move in schools I was just happy that she seemed to be mixing. But the reality was that my little social butterfly was not allowed to talk to anyone else.

Her new best friend had isolated her away from the rest of the school year.

We were totally unaware of this. I wish that I had got her involved in a sport or activity. Knowing people from lots of different groups is the key. They never feel isolated or trapped in a toxic relationship.

Our son is an archer and has a whole group of different friends outside of school. He has become very adept at interacting with new people because of archery and competing in competitions.

Our daughter had lost the ability to make new friends. Her so called best friend has destroyed that in her. So much so that when it was time to leave for college she was terrified. Not of going to college but of having to make new friends. The lesson we had learned was that if she had had a wider group of friends then it wouldn't have had such an impact on her.

However, that is easier said than done.
For a few reasons; it's safe with the one you know. No one wants to go out of their comfort zone, least of all a teen. It's hard as a parent to know what's going on, as most of the time they don't tell you anything.

We have to always be asking the daily questions. What was the best/ worst thing that happened today? Was class interesting? Did you learn anything new? Mundane things, often lead to revelations about things that are happening, but we must always be interested even if we are being given the silent treatment.

If at all possible get them involved in a club away from school and mixing with new people.

Belief in themselves / they are good enough

All teens are under immense pressure, girl or boy. Their whole lives are on display. How they look, act, what they say...

We now live in this crazy 5 minutes of fame world, where you're only as popular as your last post. There's no point in suggesting they take an online break or try not to post as much. They don't know anything else. They've always had a phone and so it's part of them. So in this social media world how can we protect them from manipulative so called friends.

They have to believe in themselves. They have to know they are good enough to be someone else's best friend. Our daughter had listened to so much garbage from her so called best friend that she now thought she was lucky to have her.

It was when she started going out with a new boyfriend that I could see the change. He could recognise what was going on and so seeded the thought in my daughter's head that actually this person was no good for her and had changed her as a person.

It will be hard for your teen. It certainly was for ours, to make the decision to move away from her. Although they may already know that they are in a manipulative friendship, the step to break free might be more difficult or painful than staying friends.

Encouraging them to step away is all well and good but that decision ultimately needs to be theirs. They need to realize themselves that this person 'friend' is not good for them at all. That they are only having a negative impact on their lives and until they make the move, they will continue to control them.

We found that our daughter, who at one stage loved to go out, now rarely went anywhere because her 'friend' never wanted to go. Or they would go out and our daughter would realize that she was just a back up plan. There would be an ulterior motive, generally involving a boy her friend liked. If he turned up our daughter was left on her own, and if not then she was used.

We always and still have the going out rule. If you go out as a group, you stick together as a group. No man left behind!

This came to a head towards the end of high school. It became a regular scenario when they went out, and my daughter got fed up.

She even suggested they invite others, so then no matter how the evening panned out she wouldn't be on her own.

She wasn't even allowed to bring her boyfriend. She was told, no it's a girls night out. Her friend always manipulated it so she had total control. She realistically didn't want to share our daughter.

Finally my girl had had enough. She realized it was always to her friends advantage. She could see that it was never what she wanted to do or where she wanted to go. And before we knew it they were no longer friends. To be honest I couldn't believe it at first. There had been a lot of wishful thinking on my part.

But as I said she had to come to this realisation on her own as I couldn't risk the 'You forced me' or 'This is all your fault'. But because they were no longer talking this led to other issues, like my next topic.

Support when it's over

Her toxic friend had isolated her away from everyone else, after graduation we found that she had no one to socialise with. We had a long summer ahead and it was frightening for me to see my daughter, day after day not leave her room or the house. What had this completely manipulative person done to my bubbly daughter? I tried to encourage her to contact junior high friends but that was a 'No'. 'They've got new friends now' or 'They don't want to hear from me'.

But her new lease of life came when she started college. She was terrified to meet new people but only because she had forgotten how to make new friends. I convinced her that in her first lecture she could be whomever she wanted to be. It would be hard to put herself out there. But everyone else would be in the same boat. The hardest thing she had to do was to say 'Hello'.

In saying that she also had to be mindful that she didn't attract the same kind of friend again. She needed to be aware that manipulators seak out people they think are weak and impressionable. She needed to be strong and stay true to herself.

This was her time now and don't let anyone tell her different... 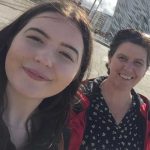