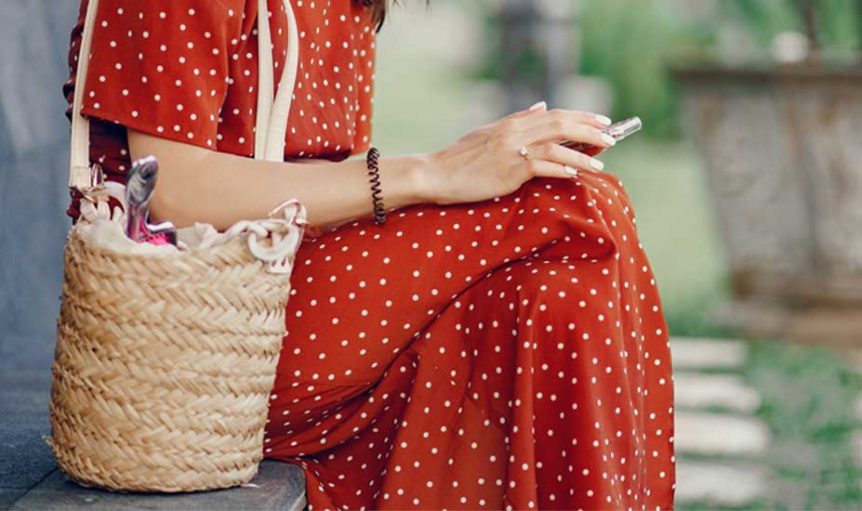 My daughter left for college, which was an incredible milestone. She was anxious to go but soon settled into her new routine. But I strarted to become so anxious every time she went out with friends. Here’s how I managed to control it.

Why am I so anxious about my daughter away at college? It’s normal to be concerned about your children. Let me explain why I was and how I overcame it.

3. Talk to other parents

4. Talk to your teen

5. Trust in your teen

I never really considered myelf a helicopter mom, but when my daughter moved to college I became anxious about everything she was doing. I knew I wasn’t being rational but couldn’t stop myself. Here’s how I learned to calm my thoughts.

My daughter moved to college last year. She was very apprehensive about the move. It was a major milestone in our whole family. She had gone to quite a small high school and we lived in a very rural area. Now, she was moving to the city. I think initially this was all I was thinking about. Was she going to settle in or was she going to bolt and throw in the towel?

Of course she settled in. After a week or so she was absolutlely loving college life. She was living with 9 other girls, some she had made friends with, some she had not. But that’s ok, that’s life. No one gets on with everyone.

She had made friends also with new classmates. It was all a new experience. Living away from home and having to fend for herself. And I was absolutley delighted. But then it began. The night’s out, the socialising. Which is all part of college life and I so wanted her to be a part of it but I suddenly started to be anxious about her all the time.

At first it was just small worries. Is she up on time for class? Has she eaten enough to concentrate in class? But then she would text me and say “We’re all going to such and such for something to eat”. Which is great, and everything I wanted for her when she went off to college.

But I would start over thinking.

How is she getting home? or

Oh my goodness, it was ridiculous. I kept telling myself, she’s sensible, that I was young once and didn’t have any contact with my parents as we didn’t have cell phones. But then that would spiral me into thinking about all the dumb things I did when I was in college.

I began to actually feel physically sick whenever she text to say she was going out.

And then one evening it tipped me over the edge. She said she was going out and would be back in dorms at about 9pm. I text her at 9.30 and it didn’t deliver. I called and no answer. I told her dad, there’s no answer. He was like it’s only 9.30. But all I could think was negative. What had happened? Was she ok? Why was she not answering?

I put my Nancy Drew skills into action as to how I could locate her. I got her brother to check Snap Maps. She was in ghost mode. So I did the unthinkable. I messaged one of her friends on Facebook. But I was frantic. She is and always has been a really good kid. So why was I so nervous about her being out with her friends?

She called me shortly after. Her phone was flat. She was back at dorms and her phone was on charge. She was pretty mad at me. But I was worried about her.

I think in reality I was so busy getting her ready to leave for college and making sure that all went to plan, I never gave a second thought as to how I was going to cope with not being in control anymore.

Up until she left for college, I knew where she was all the time. But now I only know where she is if she decides to tell me. And by the stunt I just pulled, I was lucky she was talking to me at all.

And that’s the way it should be right? It means I have raised an independent adult, that can go out and have a good time and know that she still has to get up for college / class in the morning.

But it didn’t take away from the fact that I went into full on meltdown every time she left the dorm.

Talking to other parents

So I wondered was I the only one feeling this way. My friends son had also gone away to college. We were of siimilar minds in parenting. So I spoke to her about how she was coping. She was also anxious but she felt that her greatest anxiety had come the year before when her son had bought his first car.

She was having near full on panic attacks every time he left the house. She put rules in place. He had to text her as soon as he arrived where he was going so she knew he was safe. But being a teenage boy, he arrived, got chatting with friends and promptly forgot the rules. In the meantime she had imagined the worst of the situation. He had crashed, was upside down in a ditch somewhere. She would check the traffic reports. She said it was horrendous.

But when he moved to college she realised that she had no idea if he was out in his car, out with friends partying or in his dorms. She accepted that she had to trust in him. Believe that he knew he had to act responsibly when he was out in his car. That she literally had to allow him to become an adult. She’s right of course. I’m sitting at home with all these scenarios running through my head when my daughter is home in her dorm, tucked up in bed.

Talk to your Teen

So as I say, my daughter was more than unimpressed that I had contacted her friends (whom I had never met, I might add) and she was right, (to a certain extent).

She told me how mortified she was at the fact but also agreed that it was understandable that I was worried.

I explained to her that I was finding it very difficult with her away at college. It’s really hard not being fully involved in everything she’s doing. To go from knowing where she is all the time to zero is hard for me to take that on board.

But I am trying. I still get very anxious when she says she’s going soomewere new. It may not even be out socialising. It could be just studying in a Bucks. Is it near dorms? Is she safe? Is someone going to walk her home?

It nearly takes hold and I can’t focus on anything else. But I have to trust her. My first born going away to college is as much a challenge for me as it is for her, just in different ways. But we have as I say sat and spoken about this. She is better at texting back and I am better at not texting so often.

Trust in your Teen

It’s is difficult for me to look at my daughter and admit that she is an adult. Yes, of course we are paying for her to be educatedd and living on campus but I also want her to be “Adulting”.

Going to college is not just about getting a degree. It’s about learning how to live. Learning how to mix with people from all walks of life and ultimately becoming the best adult they can be.

And they are not going to do that if they have parents who don’t trust them.

My daughter needs to know that I trust her. And I do trust her. I worry about the people she may encounter when she’s out. I worry that a flippant remark could lead to something more serious.

But at the end of the day, both she and I have made it through her first year of college. I never imagined it would be so stressful.

But when I think back to last summer and she was so nervous about leaving home and I look at her now.

She’s so confident and has become an amazing adult. I have to keep my concerns in check.

It’s something I need to manage and not to increase her anxiety through mine.

My biggest thoughts are always about my children.

They know they can always discuss anything with us and if they have any doubts or worries they can openly discuss them with us.